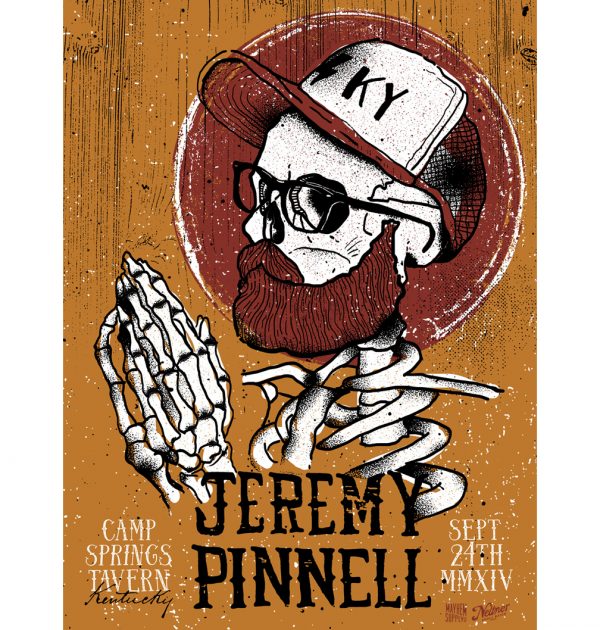 This 3 color Jeremy Pinnell poster was hand printed on heavy craft and safety orange 19X25 french paper co. paper with acrylic inks. The poster was created for his show at Camp Springs Tavern, Camp Springs, KY on September 24, 2016. Each poster is numbered and signed by the artist in a limited edition of 27 prints.

There are no reviews yet.

Only logged in customers who have purchased this product may leave a review.